Complete Guide to the Most famous Sports in the UK 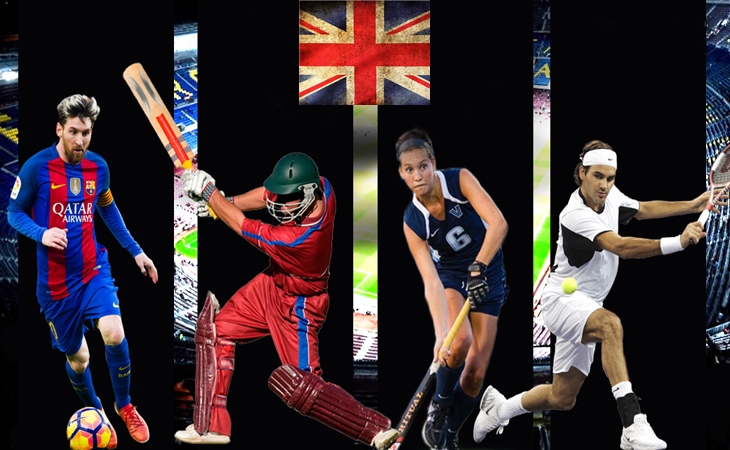 People of the UK are notable for their diverse interests in sports games. Games always play an important role in promoting integration and nurturing talents. Most popular sports in the UK have given birth to major international sports games including golf, football, tennis, rugby, and cricket among others. These sports games are also major sources of revenue in the UK for government, players, and investors around the globe. Below is the list of the most popular sport games in the UK.

Modern boxing is the breed of the UK, as this country is playing the main role in the codification of the Queensberry rules in the 19th century. UK’s players of boxing are celebrities in the world. In the UK, British Boxing Board of Control professional boxing.

The UK has a long history of horse racing from Roman times with deep royal history. In the UK, horse racing is among the top five games. In the UK a large number of racecourses exist with an annual attendance of about 6 million people and who watch over 13,000 races. Two major forms of racing in the UK are “National Hunt and Flat Racing”. British Horseracing Authority GOVERN horse racing In Great Britain.

UK people LOVE Tennis FROM CENTURIES. In the UK, Wimbledon Championship is the most prestigious tennis event. Tennis is the third most popular game in the UK loved by sports lovers.   It is governed by the Lawn Tennis Association in the UK. Most famous players from the UK in the field of tennis are Anne Keothavong, Greg Rusedski, Andy Murray, Tim Henman, and Elena Baltacha.

By participation, Swimming is one of the largest sports in the UK. According to Sports England (2014), it is larger than athletics. The young community of England is fond of this game and the majority take part in swimming events just for fun. In the Olympic Games and Commonwealth, Games UK sends a large number of representatives and enjoy great success.

People in England LOVE Bat-and-ball base. Rounders England regulates it. It is very popular among British and Irish school children. This game is popular as one of the most important sports in the UK due to the inter-school and regional competitions that take place within the country.

The UK enjoys has three domestic speedway leagues known as Elite, Premium, and National Leagues.  In the London, Elite League is the highest league. National League is a third-tier league to nurture young talents across the UK. Another game is Speedway Grand Prix that takes place yearly in Cardiff as the main world championship. England also hosts semi-finals of the Speedway World Cup annually.

Cricket is England’s national sport but surprisingly the country does not have its team. The UK has 18 professional county clubs all of them named after historic counties. The clubs compete in first-class County Championship each summer and in two league matches are played over four days.

Other famous sports games in the UK are Field hockey, rugby, and football. UK young generation loves to play games and go for outdoor activities regularly in their leisure time.